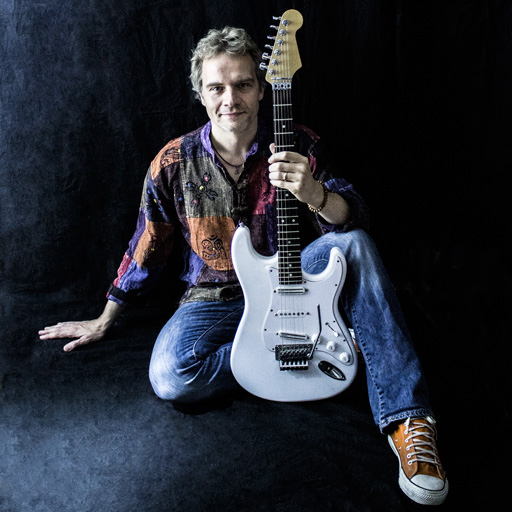 Welcome to my online home! I’m an independent hard-rock guitarist from the UK, now based in Sweden.

I’m currently working on a bunch of guitar instrumentals which I hope to get finished and released at some point in the near future – meanwhile, I’m doing a few videos for YouTube for fun. I’m also building a small studio at my home and I have some collaborations in the pipeline.

Over the years, I’ve played in several bands and done a lot of teaching and session work. Back in the early 90s I started playing professionally, which taught me a great deal… but was a great way to kill off my enthusiasm for music and the guitar for the next decade or so…

The music business is a cruel and shallow money trench, a long plastic hallway where thieves and pimps run free, and good men die like dogs. There’s also a negative side. – Hunter S. Thompson.

Eventually, I regained an interest in the guitar and started playing again about 2001 (giving myself tendinitis in the process… twice!) In early 2002 was invited to audition for UK melodic rock band “Ten”, after their long-time lead guitarist Vinny Burns left. Sadly, I had to turn down the opportunity due to work and family commitments… A real shame – as I liked their music and we shared a lot of common influences (plus they’re fellow northerners!)

I’ve been playing sporadically since then – more off than on, occasionally doing a bit of writing and doing a few collaborations with fellow musicians. If you’d like to do a collaboration or have me play on your stuff, send me a message!

I grew up listening to the typical European hard rock guitarists from the early/mid 1980s – guys like Gary Moore, Michael Schenker, Ritchie Blackmore, Matthias Jabs, Adrian Vandenberg, Adrian Smith, Vivian Campbell, Ronni Le Tekrø, Wolf Hoffman and early Yngwie Malmsteen – those are the guys that have had the biggest influences on my playing. I’ve always loved classical music, so there are various other classical influences in my playing, and I like some of the more modern symphonic/melodic metal bands. Even though I love instrumental guitar music and flashy playing, I don’t like technique for the sake of it – playing fast is great fun, but only when it’s played with melody and passion – and hopefully wrapped up in a good piece of music!